Is Coffee Good Or Bad For Running?

June 24, 2022
by Alex Randall
We independently research our recommended products. We may receive commissions on purchases made from our links.

Caffeine is well-known for its positive effects on the human body, but there are some significant drawbacks to this substance as well. The most easily available and most highly consumed source of caffeine in the modern world is coffee, and many runners find themselves wondering if drinking coffee before a run has any advantages – or if it will hinder running performance?

Is coffee good or bad for running?

Coffee can be good for running, as the caffeine and polyphenols present in the drink can provide performance improvement and a better mental state. Drinking one mug of strong coffee can yield very positive running effects. However, drinking too much coffee can hinder running performance.

There are several studies that have been conducted on the effect of caffeine in coffee on athletes, but the results can be confusing and difficult to understand.

Let’s take the time to fully explore the effects of coffee on runners to find out if you should drink your morning coffee before or after your run and if coffee will hinder your running performance and ability.

Coffee Before Running: Good Or Bad?

Is Coffee Good For Running?

Coffee is among the most popular and most common drinks internationally, with many billions of cups of coffee being consumed internationally every year. This drink is so widely popular for several reasons, but a major contributing factor is its high caffeine content of coffee.

The caffeine and other substances such as electrolytes and polyphenols present in coffee have been proven to have significant performance benefits for the human body, but how does drinking coffee affect running? Is drinking coffee good for running?

The truth is that drinking coffee before a run can have significant and noticeable performance advantages. These benefits are mainly provided by the caffeine present in coffee, but the other compounds such as antioxidants and electrolytes in the drink contribute to the benefits as well.

There have been several studies conducted on this subject, and research has proven that drinking coffee before a run or any other physical challenge or activity allows athletes to push their bodies harder and go further than they can without the advantages provided by coffee and caffeine.

Coffee provides a boost in mental ability and suppresses a chemical in the brain that tells the body that it is tired. This makes a person feel less tired and allows them to push harder, faster, and further. This can reduced the perceived exhaustion, resulting in better overall stamina.

The mental boost that is provided by caffeine allows runners to concentrate better and helps contribute to a good mental state while running, which can make a significant overall difference in running performance.

The other compounds in coffee, such as electrolytes and antioxidants in the form of polyphenols, are good for the human body overall and help to maintain physical and mental health.

However, with all of that said, there are some possible negative effects that drinking coffee can have on running, and there are specific methods for getting the most from coffee for the purpose of running, such as simply drinking some coffee just before a run is less beneficial than well-timed tactical ingestion of coffee for a running boost.

Let’s go a little deeper into drinking coffee before running to find out how to use coffee well for running and to identify some of the important drawbacks that may come along with this practice.

Is Coffee Bad For Running?

While coffee can have some important and significant benefits for running, there are some downsides as well. The extent of the effects of coffee on your running performance, either good or bad, is dependent on your sensitivity to caffeine.

If you happen to be a person who has a negative sensitivity to caffeine, drinking the optimal amount of caffeine for running according to other people may result in intestinal distress, anxiety, jitteriness, general discomfort, and even the inability to focus.

There is also growing evidence that lots of caffeine can reduce your overall energy levels over time.

These negative side effects can occur in anyone if they drink too much caffeine before a run, as the body is working harder to absorb and process nutrients while under the stresses of running, which causes the caffeine and other compounds from the coffee to be circulated more quickly throughout the body.

Caffeine can also cause a higher heart rate than normal – which may be problematic for anybody using heart-rate zones as a training guide.

The good news is that only very few people are affected by coffee in these negative ways.

The vast majority of runners can expect nothing but positive effects from drinking coffee before running, so long as they drink an appropriate amount of coffee and if they do not drink it too soon before the run.

How Much Coffee Is Beneficial For Running?

Drinking coffee has been proven to be of significant benefit for running, but it is important to understand how much coffee to drink to reap these benefits, as drinking too much can cause drastic negative side effects, and drinking too little will not yield any noticeable advantages.

Fortunately, the studies that have been conducted on this topic have determined the ideal caffeine consumption for this purpose. 3 – 6 milligrams of caffeine per kilogram (1kg = 2.2lb) is the ideal amount of caffeine for a person to ingest by body weight in order to experience the best results, depending on the person’s sensitivity to caffeine.

In terms of cups of coffee, this means that most people of relatively average body weight will receive maximum running benefits from one mug of strong coffee.

The amount of coffee you drink should be adjusted based on the effects you experience, but one large mug of strong coffee should be around the correct caffeine ingestion for most people.

Drinking too much coffee can produce the negative results we have discussed earlier, and drinking, not enough coffee will yield negligible benefits.

This means it is important to drink the right amount of coffee for your body weight if you want to experience the positive running results that can come along with coffee.

How To Get The Most Out Of Coffee Before A Run

It’s clear that caffeine and the other compounds found in coffee can be of benefit to runners if they are not overly sensitive to caffeine and if they drink the right amount of coffee before a run, but there is more to the ideal method of coffee ingestion for running.

To get the most out of coffee regarding the possible running benefits, it is important to drink the correct amount of coffee for your weight but to also be sure that you do not drink that coffee less than 45 minutes before your run.

Studies have proven that caffeine takes time to enter the bloodstream, and it is only metabolized and used by the body once in the bloodstream. This means that the benefits of coffee only begin to occur between 45 and 60 minutes after consumption.

For your pre-run coffee to have maximum benefits, you should drink the beverage about 45 minutes before heading out.

Be sure to head out too long after drinking the coffee either, as the effects of coffee are very limited.

Caffeine is metabolized relatively quickly by the body and therefore only yields its positive results for a limited time. Runners experience these benefits for only about an hour after they begin, which means that you should capitalize on the effects by timing your coffee consumption well.

A cup of coffee is thus a valuable addition to your race day strategy, but it’s unlikely to significantly improve a marathon personal best – unless you top up with caffeine-infused energy gels along the way.

Does Caffeine Work For All Runners?

An important question to ask is whether or not the positive effects of caffeine can be experienced by all runners, or should those who are sensitive to the substance avoid coffee altogether before running or exercising?

The truth is that the effect coffee will have on running performance is entirely dependent on body size, weight, and caffeine sensitivity. If you find yourself feeling very jittery and unsettled and experience symptoms such as intense distress after drinking coffee, you should avoid drinking coffee before a run.

These negative effects can be a significant hindrance to running performance and can make the experience altogether unenjoyable.

However, if you are someone who experiences positive effects from drinking coffee, then it is a good idea to use the drink as a natural performance enhancer, as it can make running far more enjoyable and yield better performance results.

There is a caveat to this fact, however, as the degree to which coffee can increase performance is also subject to caffeine sensitivity. This means that even people who have positive results from drinking coffee before running experience different results from other people.

All of this means that drinking coffee can help with running performance but it is not always a reliable running aid (as some may claim it to be). The results are highly personal, and you should only use coffee in this way if it works for you.

Our Verdict On Coffee For Running

Coffee has multiple health benefits and can be used to improve running performance due to the caffeine, electrolytes, and polyphenols present in the beverage.

However, it should be used sparingly and in the correct way to yield the best results, or drinking coffee may become more of a hindrance than a running boost.

Caffeine can help you improve your running performance, but be sure to only consume the recommended optimum amount, and if you are sensitive to caffeine, rather avoid this practice.

Experiment with the caffeine levels that best suit you and caffeine can become an excellent companion for your running experience. 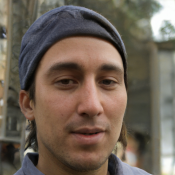