Skip to content
We independently research our recommended products. We may receive commissions on purchases made from our links.

“My hips hurt. And my toenails have torn. But I’m at peak training, two months away from smashing my personal best marathon time, and nothing will stand in my way. Except willpower and donuts. Also, what exactly is a good marathon time to aim for?”

A good marathon time is relative, based on the runner’s gender and age, as well as the elevation profile and terrain of the route. The absolute best times are slightly over two hours, while the average marathoner finishes in four hours and twenty-one minutes. These statistics change over time.

Breaking down the classification of marathon performance and the practical steps to improve it requires a jog through the statistics, history, and determining factors.

What Is A Good Marathon Time? [Guide]

What Are The Best Marathon Times?

We can get a sense of good times by starting at the top reviewing a set of theoretic and actual performances.

The Physiology Of A Good Time

A “good marathon time” will vary depending on several factors, including your gender and age.

Not to mention your overall fitness!

Into the mid-teens, boys and girls performed similarly, after which males derived an edge. Both genders saw an improvement up to the age of twenty, followed by a slightly upward-sloping plateau to the mid-thirties. Thereafter followed a slow decline.

Sex differences increased exponentially up to twenty, remained unchanged until around fifty, and continued increasing thereafter. The difference between sexes was its lowest at forty-nine years of age, equating to an average 10.5-minute difference.

Age and gender can have an impact on the leading times in many sports, but the difference is certainly pronounced over the course of a marathon.

The marathon is an endurance event, taxing athletes to efficiently exhaust the body’s physical energy reserves. Over 26.2 miles, a marathoner will have to battle the physiology required to:

The complex bodily functions required are beyond the scope of this post, but they point to the fact that the performance of the task is a function of physical attributes. And these evolve as athletes age.

The takeaway here is that while a 40 year old female racer may be able to storm clear of the 21 year old male athlete through superior fitness – it’s important to compare our times like-for-like to understand what a good target time for a race might be.

This is where age and gender graded times can be very useful.

But before we get to that, have you ever wondered what the fastest possible time for a marathon is?

We don’t suggest you add this to your training plan, but it makes for some interesting reading…

In a 1991 article in the Journal for Applied Physiology, MJ Joyner estimated the fastest possible marathon time to be 01:57:58. At the time, the world record of 02:06:50 was held by Ethiopia’s Belayneh Dinamo.

This analysis was largely based on empirical studies of limits on VO2Max and lactate threshold. The first variable, a measure of the capacity to consume oxygen, is widely regarded as the upper limit on endurance performance. Lactate threshold is a partial derivative measure that tracks the intensity of exercise that can be sustained by normal means.

Other studies have reduced the estimate slightly based on different background assumptions, including environmental factors like minimal air resistance. Advances in shoe technology might need to be factored, as technology like Nike’s VaporFly has been shown to bring measurable performance enhancement.

Which brings us to…

Depends how you define close!

Current world record holder Eliud Kipchoge ran a distance of 26.2 miles in a time of 01:59:40.2. This was the first time that anyone has been known to cover the distance in under two hours.

In order to achieve this feat, the organizers engaged special measures including:

In spite of the excitement caused by the success on what was Kipchoge’s second attempt, the performance does not qualify as a marathon time. Some of the reasons are:

These factors make his performance hard to replicate in a competitive marathon but vindicate the theory of how much improvement is physically possible.

The truth is that for most of us, a good marathon time may be TWICE as slow as Kipchoge’s record.

Consistent with the physiology, data from competitive marathons shows performance rising to a peak in the early-mid thirties for both men and women and then declining steadily.

The Boston Marathon is the world’s oldest and one of the six premier international events. Entry into the marathon requires age and gender-graded qualifying time in a qualifying marathon. Boston age grades are regarded as thresholds of excellent performance for athletes in gendered age bands.

The data below gives an indication of what these top-range finishes look like (Boston qualifying times appear in the last column), as well as the current global record holder for that age band.

Tucked amongst the best times are some marathon performances that deserve (and duly receive) special mention. They are not necessarily superlative shows but leave an impression that inspires as much as any world record could. We note a few here.

According to legend, the first even happened when Pheidippides, an Athenian soldier, ran the twenty-five miles from the Greek town of Marathon (whence the race’s name) to Athens to convey the news of the defeat of the Persian army. On accounting “Niki!” (“Victory!”), he suffered the worst finish-line bonk, dying on the spot.

The Greek historian Herodotus notes that at the start of the war, a trained messenger (that’s what endurance athletes were good for in the pre-SMS era) of the same name ran the two hundred and fifty miles from Athens to Sparta to request military assistance. This ultramarathon took two days. There is no time for the mythical marathon in the popular imagination.

In the first modern marathon, taking place in London in 1908, Italy’s Dorando Pietri arrived three hundred and fifty yards from the finish line in 02:44. In training for the race, he had completed a twenty-five-mile run in Carpi in 02:38.

Unfortunately, the organizers had seen it fit to start the race at 2:33 PM on a blistering (by London standards) afternoon. The result was that Pietri succumbed to dehydration, falling repeatedly and taking an additional ten minutes to cross the line.

He crossed first and was crowned the first marathon champion until rivals complained about aid he’d received from marshals who helped him back to his feet. The complaint succeeded, and America’s Johnny Hayes became the first recognized champion with a time of 02:58:18.

In August 1960, Adobe Bikila was an unknown athlete who won the Addis Ababa marathon in 02:21:23, faster than the contemporary Olympic record. He was duly elected to represent Ethiopia at the Rome Olympics the next month.

In Rome, he bought a pair of shoes but cut the break-in period fine. The shoes were overtight, giving him blisters. Thumbing his nose at “nothing new on race day,” he showed up unshod on the day, grinding out Sergei Popov’s world record by 0.8 seconds, in a time of 02:15:16.2

Apart from his temporary threat to the shoe biz, Bikila ushered in an era we now take for granted – the dominance of East Africans in the marathon.

The “Turbaned Tornado,” Fauja Singh is a British marathoner and practicing Sikh of Punjabi descent. An incorrigible procrastinator, he started running at the age of eighty-one. Eight years later, he ran his first marathon, finishing in a time of 06:54.

He holds a number of unratified records, including the only supercentenarian to complete a marathon, having finished the Toronto Marathon in 08:11 at the age of one hundred.

Budhia’s natural ability was attributed to an unusually low heart rate, but the celebration of his abilities was tempered by questions of second-rate care. By the start of his teens, he had stopped running.

How To Target A Good Marathon Time

Even champion athletes judge their own performances on a relative basis – considering their baseline performance. This is the appropriate approach, ensuring that your target is realistic, albeit challenging. An unrealistic challenge increases the risk of injury while guaranteeing failure.

The first step is to get a history of your performance in shorter races. The appropriate target is derived by decaying your rate at one of these shorter distances. A simple rule of thumb is the 10k10% rule:

That’s a good time for you. You have pretty good chances of improving it, as long as you remember that it is your target time.

How To Prepare For A Good Marathon Time

Armed with a realistic target, what remains is practice. A few factors will enhance the process:

Don’t give yourself time to lose fitness. Equally, overcompensating for time lost will cause injury. Training is the conditioning of your body – do this continuously.

Preparing for a marathon takes about six months. If you’ve not run at all before, build up over smaller distances.

The marathon requires expending your body’s limited energy reserves over a long time. This requires efficiency – using as little energy as possible to achieve the movement. Supporting your body optimally allows this. Key elements of posture are:

Preparing for a good marathon time involves training endurance as well as speed. Key elements of a marathon training plan are:

Finding a coach, either online or at a local running club, pays dividends. Free online training programs are available for runners of different levels.

What Is A Good Marathon Time?

The only thing between you and a great marathon time is twenty-six miles and three hundred and eighty-five of the longest yards in history. But realistic target-setting, consistent, structured training, and race-day discipline will bring you over the line.

The exact time to aim for is all relative – based on your age, gender, current fitness level, and how much time you’re willing to dedicate to the hard miles.

Use our training pace calculator to plot your big race.

You can also check our pacing guides to the 5K and 10K for some tips that are relative to shorter races but still apply to the marathon. 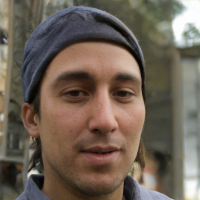 Alex Randall
43 posts
The lead editor here at Revel Sports. It was Alex’s idea to take our post-club-run chats and try to build a website out of them.
View Posts → 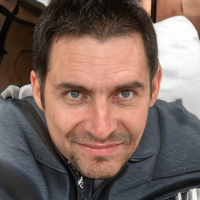 Michael Paulson
4 posts
Michael is a frequent contributor, which is a miracle to us as he quite literally runs for days with the rest of his time.
View Posts → 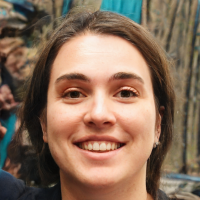 Esme Sanders
4 posts
Esme is a frequent contributor who manages to stay much more neutral on these pages than she ever manages after a glass of wine at club night.
View Posts →